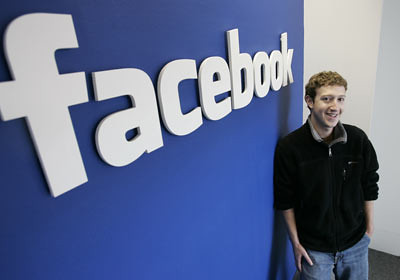 When it comes to applying for a high-level position at a company like Facebook, competition is fierce. But what if you could skip the entire interview process and speak directly to Mark Zuckerberg, the founder of Facebook? Or better yet, what if you could skip formality altogether and go on a long quiet walk through the woods with him? For a few lucky engineers and designers, this was the case.

The New York Times reports that several potential Facebook employees were invited by Mr. Zuckerberg via an email message to a walk through the woods. The intimate hike begins at the Facebook parking lot and goes along a wooded area of Palo Alto outside of Stanford University. At the end of the trail is a spot overlooking Silicon Valley and the place where one of the richest men in the world discusses his offer.

The people who were invited on this rare outing did not disclose their names because they signed a nondisclosure agreement with Facebook. However, they did reveal a few highlights from their conversations with him. According to one potential employee, Mr. Zuckerberg wanted to acquire his small start-up and told him that “money wasn’t an object.” The individual also told the New York Times, “The entire experience was totally surreal. I really felt like I was on a date.”

Last year, Mr. Zuckerberg took another potential employee on the same walk. When they reached the lookout, he explained the technological history of the area and pointed out Apple, Hewlett-Packard and other major tech companies. He added that Facebook would eventually be “bigger” than those companies and that if they accepted the job at Facebook, they could be a “part of it all.”

About the Author:
Pierre Zarokian is a digital marketing experts that runs several companies. He specializes in SEO, ORM and social media marketing.