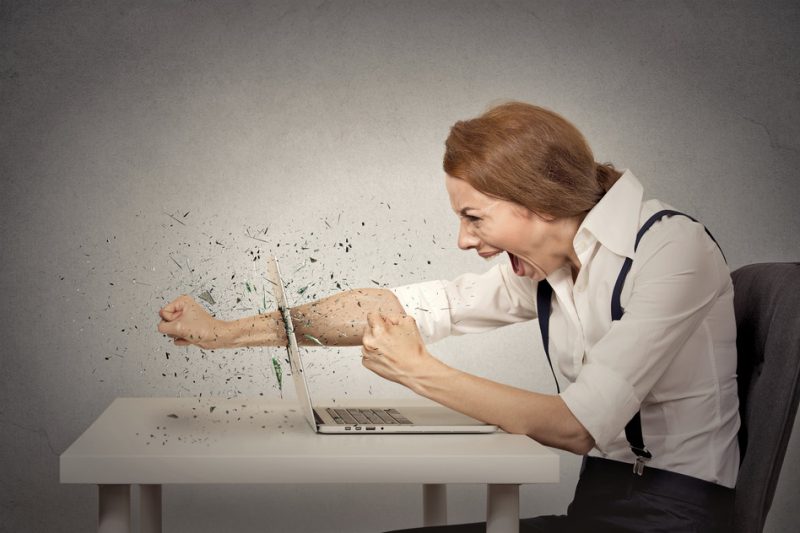 Strategies For Controlling Your Anger

Everybody gets angry, but out-of-control rage isn’t good for you or those around you. When you can’t control your anger, you may get into fist-fights or drive recklessly, for example, endangering yourself and others.

But anger also plays havoc with your own body. Research shows that anger can increase people’s — especially men’s — chances of developing coronary heart disease and having worse outcomes if they already have heart disease.1 Anger can also lead to stress-related problems, such as insomnia, digestive problems, and headaches.

You can learn to control your anger, however. In one study for example, cognitive-behavioral therapy improved people’s control of their anger and reduced their hostility, aggression, and depression.2 Here are some strategies you can use to simmer down. If you are in a relationship with a hot-tempered partner, you could both benefit from these techniques.

Practice these techniques daily. Eventually, you’ll be able to use them automatically when you’re in a tense situation.

Simply put, cognitive restructuring means changing the way you think. When you’re angry, your thinking can get overly dramatic. When something goes wrong, you might tell yourself, “Everything’s ruined!” With cognitive restructuring, you replace those kinds of thoughts with more reasonable ones. You might tell yourself instead, “This is frustrating, but it’s not the end of the world.”

Sometimes anger and frustration are the result of very real and inescapable problems in our lives. Anger can be a healthy, natural response to these difficulties. Some people have a cultural belief that every problem has a solution. That belief adds to their frustration when they find out that this isn’t always true. If you can’t find a solution, focus on how to handle and face the problem.

Make a plan and check your progress along the way, using a guide to organizing or time management if needed. Give it your best, but don’t punish yourself if you don’t find an answer right away.

Angry people tend to jump to conclusions, however far-fetched. If you are in a heated discussion, slow down. Listen carefully to what the other person is saying. And take your time before answering. Instead of saying the first thing that comes into your head, think carefully about what you want to say.

Think about what’s behind your anger. Say you value your freedom, but your significant other wants more closeness. If he or she starts complaining, don’t retaliate by painting you partner as a jailer.

It’s natural to get defensive when you’re criticized, but don’t fight back. Instead, listen to what’s beneath the words. Perhaps the real message is that your partner feels neglected and unloved. It may take patient questioning, but don’t let anger spin things out of control.

For one thing, it can help you get a more balanced perspective. When you find yourself thinking of a coworker as a single-cell life form, think what that would look like, picturing an amoeba sitting at a desk and talking on the phone. Or draw a picture. Doing so will take the edge off your fury or help defuse a tense situation.

Humor can also help when you find yourself being unreasonable. If you find yourself thinking that things not going your way is an unbearable indignity you shouldn’t have to tolerate, picture yourself as a god or goddess who always gets your way while others defer to you. The more detail you add, the more you’ll realize how unreasonable you are and how unimportant the things you’re angry about really are.

There are two cautions in using humor. First, don’t try to just “laugh off” your problems. Rather, use humor to help yourself face them more constructively. Second, don’t use harsh, sarcastic humor. Such humor is just another form of aggression.

What these techniques have in common is a refusal to take yourself too seriously.

Sometimes it’s your immediate circumstances that prompt angry feelings. Problems and responsibilities can weigh on you and make you angry at the trap you seem to have fallen into — and all the people and things that form that trap.

Take road rage, for example. If driving makes you furious, research suggests, you’re putting yourself and others at risk.3 Angry drivers are more aggressive, take more chances, and report more accidents and near-misses than their more relaxed counterparts. If your commute leaves you frustrated or enraged, perhaps you could find a less congested or more scenic route. Or investigate alternative options, such as taking a bus or train. Finding alternatives can ease your anger, making the road safer for everyone.

Try these other tips for easing up:

How a Psychologist Can Help

If you continue to feel overwhelmed, consult with a psychologist or other licensed mental health professional who can help you learn how to control your anger. He or she can help you identify problem areas and then develop an action plan for changing them.

Practicing psychologists use a variety of evidence-based treatments — most commonly therapy — to help people improve their lives. Psychologists, who have doctoral degrees, receive one of the highest levels of education of any health care professionals. On average, they spend seven years in education and training following their undergraduate degrees.